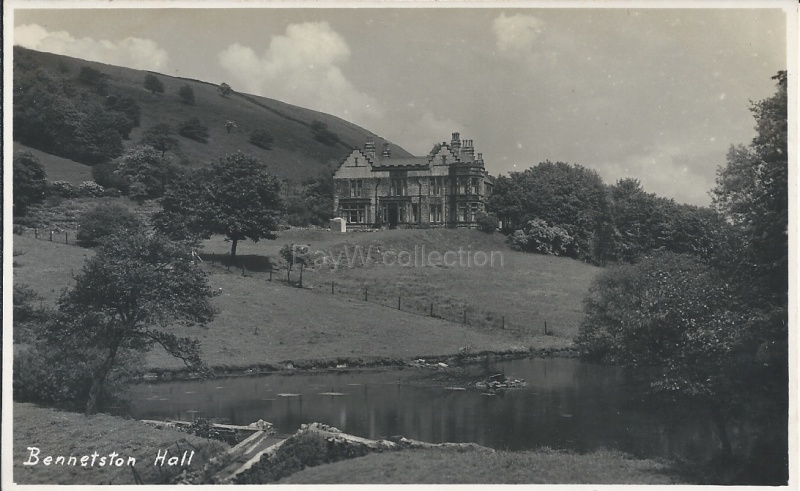 Bennetston Hall was built in the late Nineteenth Century by local doctor and property speculator Robert Ottiwell Gifford Bennett MD (1834 – 1902). The Hall was originally the home of the writer Mrs Coddington, a descendant of William Coddington, the 17th Century governor of Rhode Island and founder of Newport, Rhode Island – Bennett himself is not known to have ever lived here. The Coddington family descendants include Grace Coddington, creative director of American Vogue magazine.

Robert Bennett MD was a prominent local doctor who also gave his name to Buxton’s Bennett Street. Bennett was an ancestor of the Rev. J. Bennett, founder of the Methodist Society and associate of the Rev. John Wesley, founder of Wesleyan Methodism.

The property was acquired by the YHA and became a Youth Hostel. Since the Second World War Bennetston Hall has been at various times over the years a private dwelling, a nightclub and a hotel.

For decades however, the Hall was at the centre of a long running legal row, ending up with the premises at one stage being owned by the Legal Aid Board.