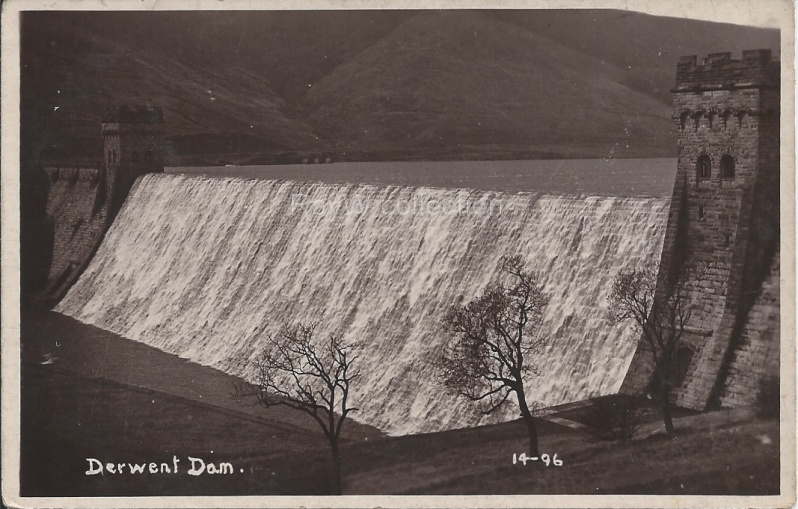 Birchinlee, or Tin Town as it came to be known was a village built by the Derwent Valley Water Board for the workers (and their families) who constructed the Derwent and Howden Dams between 1902 and 1916. Most of the workers had previously been engaged in the construction, in Wales, of the Elan Valley Reservoirs where the accommodation was very basic. At Birchinlee, a model village was built; its infrastructure included hospitals, school, canteen, post office, shops, recreation hall, public bath house, police station, railway station, rubbish dump with incinerator, and much else. One of the shops was a well stocked store owned by the Gregory brothers from Tideswell. Village accommodation consisted of workmen’s huts, foremen’s huts and married workmen’s huts. The latter were decorated to a high standard, as photographs from the period confirm. The population rose to 900 people.
Remnants of Tin Town village can still be seen when walking to the west of Derwent Reservoir and one of the original corrugated iron clad buildings can still be seen at Hope.