Elton Old Hall a Grade II Listed Manor was built in 1668. It was probably on this site that Henry de Ferrers built his Manor in the Middle Ages, which was later occupied by the Foljambes up to the time of Edward 3rd.
In 1968 it was Elton youth Hostel having been acquired by the Youth Hostel Association in 1942.
When it was one of the smallest hostels in the Peak District having just 34 beds in five rooms. Hostellers cooked their own meals in the well-equipped kitchen but the Warden, a woman, cooked snack meals on request.
Bed-night charges were £1.40 (up to 16), £1.80 (16 to 20) and £2.15 for Seniors. 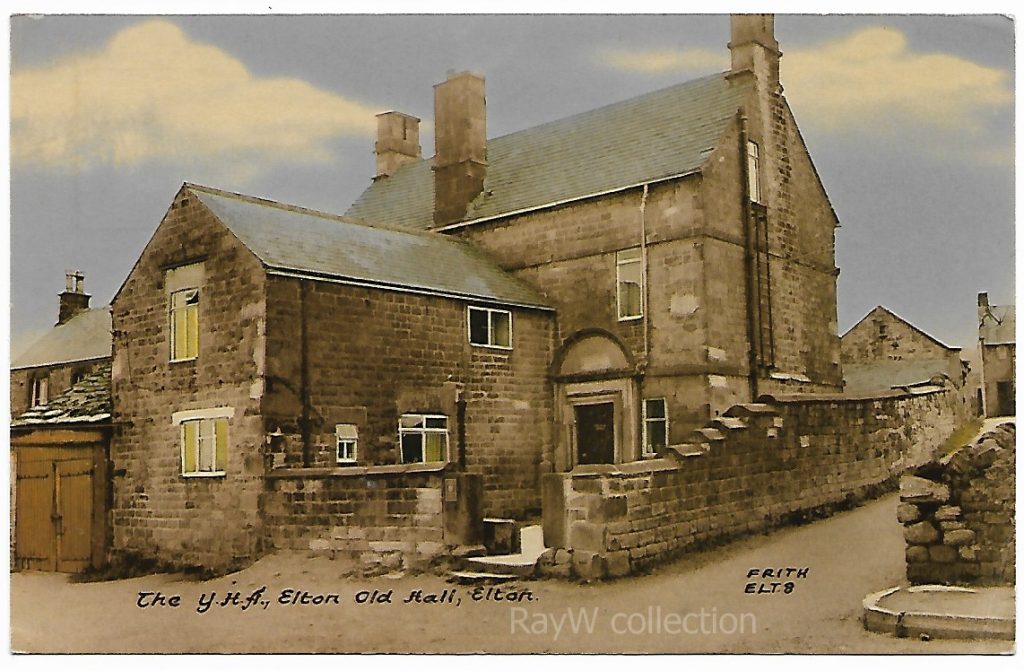